Esther Mead, founder of a local nonprofit, found inspiration at Ivy Tech to create positive change for children in her community.

As a single mother of three, Esther wanted to go back to school but also had to support her family. With Ivy Tech Community College’s affordable tuition and online classes, it was possible for her to pursue her degree. 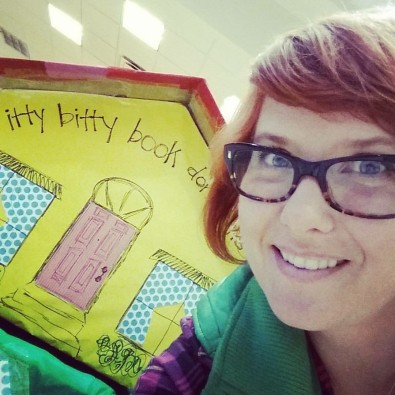 “Ivy Tech has tons of classes at a variety of campuses that makes attending school extremely flexible,” Esther said.

While attending Ivy Tech, Esther was inspired by a class that she took here, and began a non-profit called Itty Bitty Library. Itty Bitty Library works with children year-round to provide them with access to literature. They often acquire these books and place them in communities that would otherwise not have them.

Esther earned her Associate of Science in Education from Ivy Tech and currently works in the Westfield Washington School District. This job allows her to make a positive impact in the lives of children every day.

“If I didn’t attend Ivy tech, I would not have met my mentor who offered me extraordinary opportunities. I have truly been inspired, encouraged, rewarded, and pushed to do my best because of Ivy Tech.”

For those interested in Ivy Tech, Esther encourages them to get their degree.

“The education you receive here is personal and designed for you. The professors care about you doing well, and want you to succeed!” she said. “Even though there are many campuses and online classes, the community is helpful, open, and not scary! It feels like an expensive private school without the hefty price-tag!”

Esther graduated from Ivy Tech with a 3.75 GPA and made lifelong friends while pursuing her degree. She is planning to pursue her bachelor’s degree at WGU and wants to earn her teaching license in the future.