This summer, Indianapolis Associate Professor of Design Technology and Mechanical Engineering Technology, Jamie Hamilton, completed an externship at Online Resources in Lebanon, Indiana. During his time there, he worked with 3D scanning technology, creating computer-aided design files of scanned parts.
During the externship, the Indiana State Museum (ISM) was in need of help with some of the items they scanned in and wanted to print for display.
“One item was multiple pieces for a clay pot that was found in southern Indiana,” said Jason Roth, Hamilton’s colleague and associate professor/program chair. “Another was a rock that was in the shape of a face found in Indiana, and the third was a house from colonial times in Indiana.” 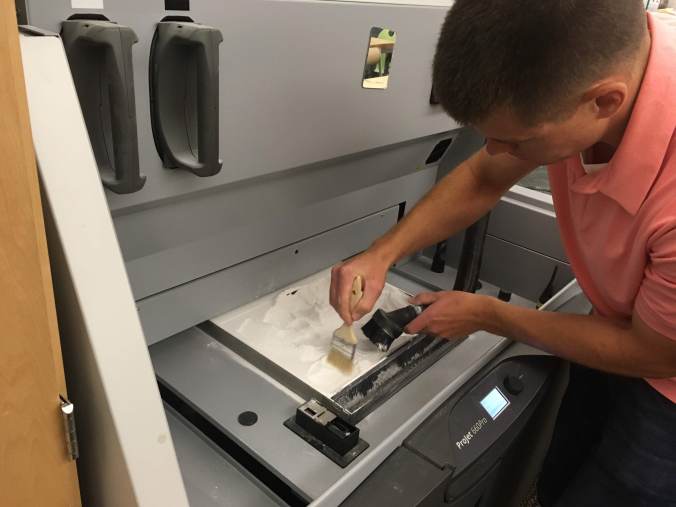 The museum asked Hamilton for assistance cleaning the scan models, then printing them using 3D technology. He began with the clay pot and rock, which the team at the ISM was excited about. After seeing the work, they asked to have a 3D print of the house.

“Once the house was printed with the detail needed, the museum took the piece back to their lab and did their creative magic to add color and make it look like someone actually lived in the house,” said Roth.

Today, you can find the finished piece at the museum. The department hopes to work with the museum again in the future and introduce students to similar projects.