Donna Riley graduated from Ivy Tech Community College Sellersburg in 2008 at the age of 55, with an associate degree in Office Administration. Donna is passionate about sharing her Ivy Tech story and letting people know that “I got the college degree that I always wanted. Ivy Tech made that possible!”

After working in the insurance field for 30 years, Donna transitioned to a second career in the non-profit sector, as the Executive Director for Leadership Southern Indiana (LSI) where she served her local community until 2012.

“The office of the nonprofit I was working for was on an Ivy Tech campus. Getting to know the people at Ivy Tech inspired me to transfer,” she said. “There was a major difference that I saw with the care, the faculty, the cost, all of it.”

Throughout her career, Donna has received recognition for her leadership and service in the community.  Highlights for her include receiving the Servant Leader Award from LSI in 2014, attaining the Distinguished Toastmaster Award from Toastmasters International in 2011, and serving on the Women’s Foundation of Southern Indiana (WFSI) board. While serving as President of the WFSI, she helped implement the International Impact 100 program in Clark, Floyd, and Harrison counties. This program awarded a $50,000 grant in 2017 and a $100,000 grant in 2018 to non-profit organizations that serve women and children in the community. The WFSI board also provides scholarships to local colleges, including one to Ivy Tech Sellersburg. 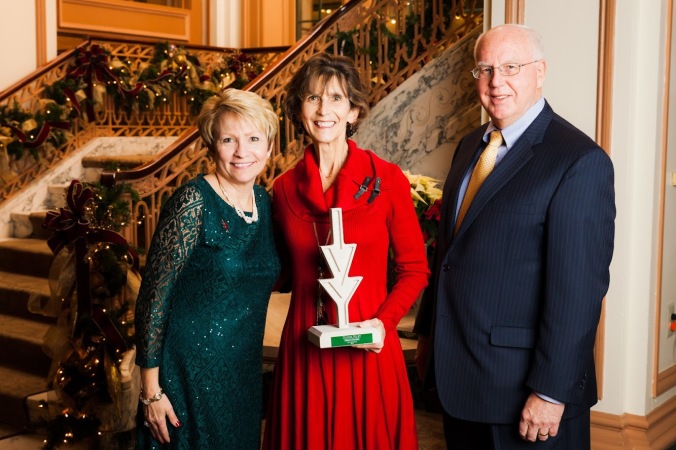 Now retired, Donna remains active in her community and continues to be an advocate of Ivy Tech. She is a proud recipient of the Distinguished Alumni Award and plans to continue spreading the word about Ivy Tech as the Sellersburg campus’ self-proclaimed biggest cheerleader.

Ivy Tech Community College is proud to celebrate Donna’s success and achievements with the Distinguished Alumni Award. This annual award honors alumni for their commitment to the College and to their communities. The awardees are leaders in their professions who make significant contributions benefiting their community, state, or college.

The alumni recognized with this award represent the very best of what an Ivy Tech education makes possible. Alumni, faculty, staff, and friends are all encouraged to submit nominations online.