Brenda Stellema has received multiple certificates and degrees from Ivy Tech Community College Michigan City, including associate degrees in human services and in health science. Brenda, who is an honors graduate and member of the Phi Theta Kappa International Honor Society, was nominated to receive the Distinguished Alumni Award by her former professor, Daniel Mallon.  “From the first week of having Ms. Stellema in one of my classes, I knew she was going to make an impact on the world,” said Mallon, “Her drive and ambition is unparalleled.”

After graduating from Ivy Tech, Brenda joined Family Advocates, an agency working with children who have been abused and neglected. During that time, she developed the Court Appointed Youth Advocate (CAYA) Program to assist youth struggling with delinquency and behaviors impacting their academic and personal progress. As a court-ordered intervention being used by the local Juvenile court, CAYA matches appointed teens with advocates, mentors and role models. Over the past five years, CAYA has helped over 90 teens; a number Brenda hopes to increase as she works towards state funding for a statewide launch. Brenda even brought the first CAYA graduate to Ivy Tech to enroll in classes.

“For me to bring her to the campus where I started my journey was surreal,” said Brenda, “That’s how much I believe in Ivy Tech. It can be a launching pad and to help you get where you want to go.”

Brenda’s time at Ivy Tech pushed her to step out of her comfort zone and become a servant leader. Her experience helped her understand the importance of helping others and in her community. Brenda continues to be grateful to the Ivy Tech faculty that “mentored, coached and guided” her toward reaching her goals. 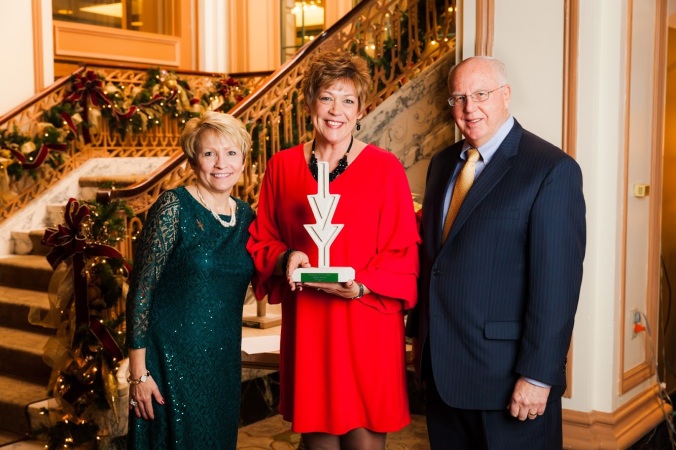 “The reason why I am here is because people invested in me and it gave me a reason to give back,” she said, “I came to Ivy Tech as a nontraditional student at 48 years old and I was provided with the tools and the resources to change my life and create a career that I love.”

As an alumna, Brenda has pursued her bachelor’s in social work and has remained connected to Ivy Tech as a member of the Circle of Ivy. Circle of Ivy is Ivy Tech’s women’s giving circle, which is open to all women who wish to become members of a powerful network of philanthropists who collectively give back to local Ivy Tech campuses and students.

Ivy Tech Community College is proud to celebrate Brenda’s success and achievements with the Distinguished Alumni Award. This annual award honors alumni for their commitment to the College and to their communities. The awardees are leaders in their professions who make significant contributions benefiting their community, state, or college.

The alumni recognized with this award represent the very best of what an Ivy Tech education makes possible. Alumni, faculty, staff, and friends are all encouraged to submit nominations online.